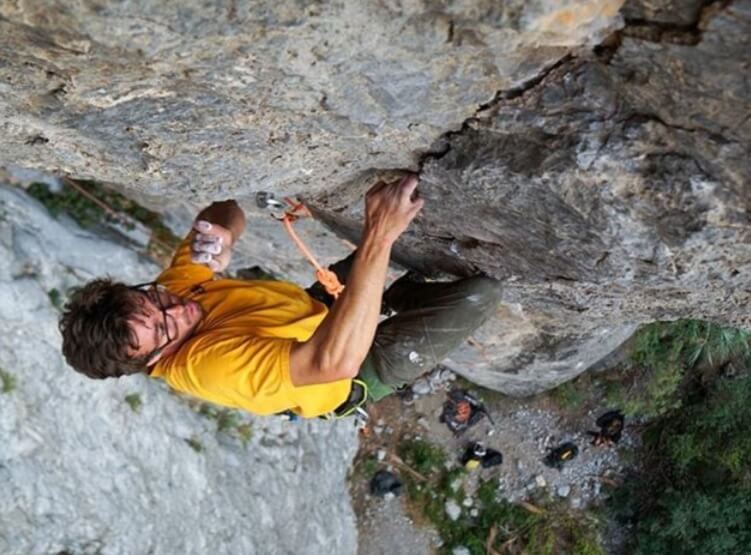 We met at the hurricave 5 years ago. I was projecting my first .13a and you showed up with my friend Kiersa and her boyfriend Aaron. You were full of psyche and your energy was so vibrant. I had been working the route for a bit and made the crux look mellow, you were impressed and we shared beta. • I met Kiersa in Jackson, WY a few years prior. A wandering soul at the time, she had just lost her boyfriend to a basejumping accident. • I found out you were a base jumper and told myself not to get close to you…but I was drawn to you. • However, I couldn’t resist. I’d never met someone so genuine, so kind, with so much passion for everything they do. We exchanged numbers. • Every time I was even considering coming to Moab for a few days to climb, I’d text you to see if you were around. You always made time for me, and we barely knew each other. • You let me shoot photos of you on PBR, and jumping off Wall Street and kept saying how no one has ever wanted to shoot photos of you, you thought it was weird. I loved it. We kept climbing and my thoughts about not getting close to you shifted. • My last spring trip to the desert we were both going through break ups, and wanting to spend all our time climbing. We climbed long days, and spent the evenings drinking tequila with friends. I liked you, you became my favorite climbing partner, and I was quickly falling for you. I told ALL my friends. • I wasn’t sure if you felt the same, but eventually we were spending so much time together it became clear. • Over the past few months you would tell me everyday how you want to spend the rest of your life with me, and nolan, you did just that, I so badly wish I got to do the same. I will never stop loving you, I miss you. • This was an unfortunate accident. Nolan was on El Gigante climbing Logical Progression. At pitch 14 he was standing on a small ledge resting, the ledge broke beneath his feet resulting in him falling, and the rock cutting his rope simultaneously. Please share any photos and stories you have of Nolan, I could really use it right now. #iloveyounolan